Is transdermal estradiol safer then oral estrogen in terms of VTE risk?

Blondon and colleagues [1] have recently reported their observational findings for the comparison of venous thromboembolic events (VTE) in users of oral conjugated equine estrogens (CEE), oral estradiol (E2) and transdermal E2 (TE2). They employed a retrospective cohort design using data from the Department of Veteran Affairs. Veterans, aged 40 to 89 years, who had no prior VTE and used oral CEE, oral E2, or TE2 between 2003 and 2011 were identified through electronic records. All incident VTE were adjudicated. They conducted time-to-event analyses with adjustment for age, race, and body mass index, with stratification for prevalent versus incident use of hormone therapy. Researchers included in their analysis 51,571 women, with a median age of 52 years (interquartile range 48-58). A 74% were white, 22% black and 40% were obese, with inclusion of just under one half commenced estrogen after the study entry date (new users). The proportion of new users in the study differed, with 44% of CEE users being new users, compared with 62.4% of oral E2 users and 66.8% of TE2 users commencing use after the entry date. There was an overall incidence of VTE (possible and definite combined) of 1.9/1,000 person-years, with older age and obesity associated with greater risk. The primary finding was that the VTE risk did not differ between CEE and other estrogen therapies. Specifically, the adjusted risk of incident VTE, compared with oral CEE, was for oral E2 use a hazard ratio of 0.96 (95% CI 0.64-1.46) and for TE2 use a hazard ratio of 0.95 (95% CI 0.60-1.49).

The association between oral CEE and an increased risk of VTE has been established in randomized-placebo controlled trials [2,3]. While observational studies have also found an association between oral CEE and VTE, an increase in risk of VTE has not been seen for TE2 in previous studies [4,6]. Vinogradova et al. [5], using combined UK-Q Research and CPRD databases, examined VTE as a primary diagnosis between 1998 and 2017 in 80,396 women, aged 40-79. They demonstrated an increased odds ratio for CEE and VTE risk of 1.49 (95% CI 1.39-1.60) versus non users, but found no increase in VTE risk for oral E2 or TE2 users, irrespective of dose. Simon et al. [7] directly compared VTE in 2,551 TE2 users, matched 1:1 with oral estrogen users.The TE2 in the study was a specific transdermal patch, but the authors did not specify whether oral estrogen therapy included only oral E2, or both E2 and CEE. Nonetheless, Simon et al [7] reported an adjusted incident rate ratio of 0.42 (95% CI, 0.19-0.96) for VTE for TE2 versus oral estrogen therapy.

So why has Blondon et al. [1] et al found no difference between oral CEE and oral E2/TE2 and VTE risk while other data suggests oral CEE confers a risk of VTE not seen with TE2, and possibly not with oral E2 therapy? This most likely relates to differences in the overall study design, compared with other studies, and power to identify a difference. The study of Blondon et al. [1] comprised a total of 214 VTE events of which, 165 were in CEE users and only 69 in women who commenced estrogen therapy after the study commencement date. Furthermore, most events were in estrogen-only users; only one woman had a VTE associated with oral E plus progestogen, and 2 with TE2 plus progestogen therapy. The authors acknowledged the small number of events in estrogen-progestogen users limited the precision of the secondary analyses.

Irrespective of the study, interpretation of observational evidence is limited as one cannot account for factors which might have contributed to women being prescribed one treatment over another that could affect their risk of the outcome. Added to this, although the authors factored in switching between modes of estrogen delivery, it is difficult to account for the reasons why women might have switched formulations. It is fascinating that despite the awareness of VTE risk after the first publication of results of the WHI study in 2002 showing VTE risk is increased with CEE, the distribution of risk factors for VTE did not differ between the three treatment groups. For example, 17% of women on CEE and oral E2 were smokers, the same as women on TE2, and 40% in each treatment group were obese. One might have expected a shift towards smokers and obese women being more likely to have been on TE2.

Should this new data change our thinking about the safety of estrogen therapy with respect to VTE risk? I suggest not. We know that the probability that TE2 conveys a lower risk of VTE is supported by biological evidence. Whereas oral estrogens tend to increase thrombin generation and resistance to activated protein C, TE2 have minimal effects on hemostatic variables [8]. So the findings from this study not only differ from prior studies, the findings also do not mesh well with estrogen biology. Hence, while this recent analysis is provocative, it should not influence the current practice of not prescribing oral estrogen therapy to women considered to be at increased VTE risk. 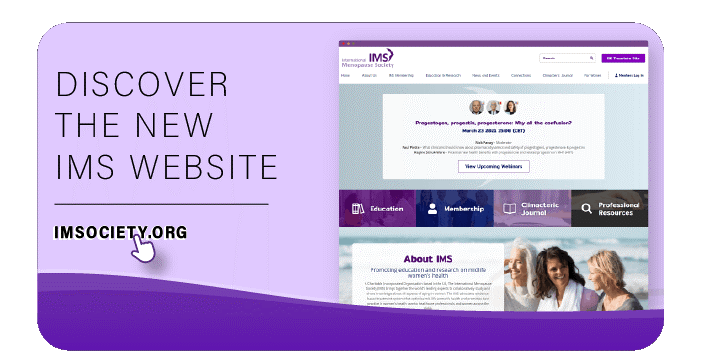