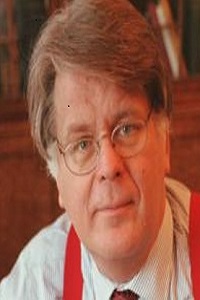 His early research was on chronic renal disease and high blood pressure in pregnancy (MD thesis), but in 1969 started the first menopause clinic in Birmingham. Hormone treatment for menopause was so controversial at that time, that the clinic was closed down for three months following protests from the BMA. However, the optimism placed in HRT had been confirmed and John continued to work on specific treatments for menopausal symptoms. He pioneered the sequential oestrogen/progestogen treatment and also the continuous combined oestrogen/progestogen non-bleeding treatment. He has championed the use of hormone implants for women with osteoporosis or with severe depressive, or sexual, problems after the menopause and as an almost routine route of HRT after hysterectomy.