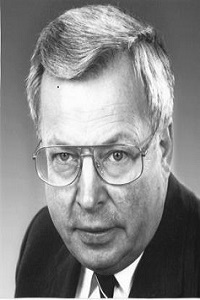 In 1969 Pieter was the first Director General of the International Health Foundation, in Geneva. His particular interests were in the sociocultural and ethical aspects of both contraception and the menopause.

In the 1970s he formed the ‘Menopause Club’ with Wulf Utian, Chris Gallagher et al and in 1972, in Geneva, convened a Workshop entitled ‘Ageing and Estrogens’. In 1976 he organised the first International Congress on the Menopause, with Bob Greenblatt, and in 1978 became the first Secretary General of IMS, becoming our third president. He cofounded ‘Maturitas’, the first IMS journal, and remained its editor until his untimely death in June 1991.