Tobie de Villiers, President reports ‘IMS provided the international speaker panel which included John Stevenson and new Board member Alfred Mueck. Qi Yu who is the Chinese Editor of Climacteric in China, hosted the meeting on behalf of the Chinese Menopause Society. The lectures had a great response with many questions that were professionally handled by the speakers from the audience which was 250 Chinese menopause enthusiasts.

As previous meetings have shown simultaneous translation via headphones is mandatory and we had 2 projection screens, one in English and one in Chinese for all presetnnations which really encoruaged audience particiaption.

The day was ended with an enjoyable traditional Chinese dinner. The starter included amongst others duck’s tongue!

A very successful meeting co-hosted By IMS, Chinese Menopause Society and the Chinese Medical Association, and provided an excellent opportunity to showcase what IMS can offer in the field of menopause.

The event was sponsored by an unrestricted educational grant by Abbott Laboratories. 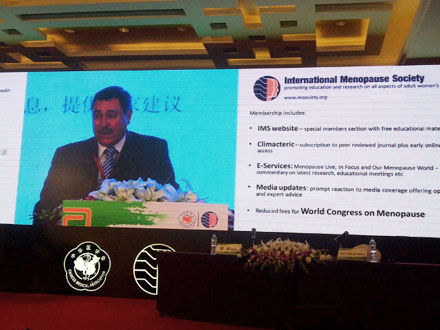 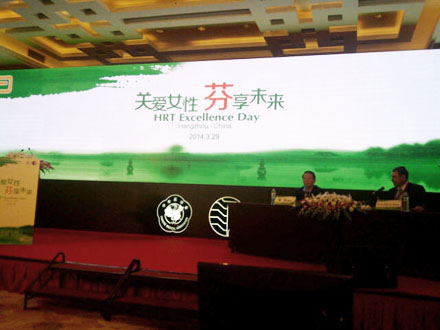