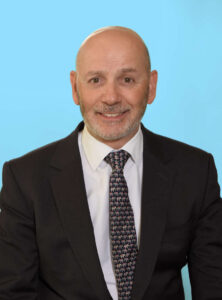 Nick Panay is a Consultant Gynaecologist with a Special Interest in Reproductive Medicine and Surgery, Menopause, PMS, contraception and gynaecological endocrinology. As director of the West London Menopause & PMS Centre at Queen Charlotte’s & Chelsea and Chelsea & Westminster Hospitals, he heads a busy clinical and research team which publishes widely, presents at scientific meetings and trains health professionals at all levels. Much of his team’s research has focused on improving the understanding and management of Premature Menopause, PMS, Female Sexual Dysfunction, New HRT and Contraceptive regimens and Complementary Therapies.

He was the Co Editor-in-Chief of Climacteric (The Journal of the International Menopause Society) and is on the editorial advisory board of the Journal of Family Planning and Reproductive Healthcare.

Through his work with a number of councils and women’s groups he campaigns actively for women’s health issues both nationally and internationally. His affiliations include:

President, The Royal Society of Medicine (O & G Division),
Honorary Director of Conferences RCOG,
Past Chairman of The British Menopause Society,
Chairman of The National Association for Premenstrual Syndrome,
Patron of Daisy Network (Premature Menopause Society) and
Past Council Member of British Society for Gynaecological Endoscopy