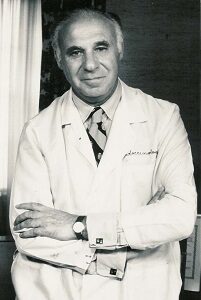 Robert was born in Canada and was educated at the Medical College of Georgia in the USA, where in 1935 he became a Research Fellow. He served in the US Navy during World War II.

As one of the founding members of IMS, he served as its inaugural president from 1978 to 1981 and he convened the 3rd International Congress, and the first under IMS auspices in 1981.