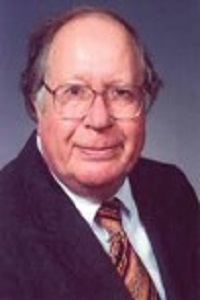 Dr. Clarkson was Professor Emeritus of Comparative Medicine (Pathology) and was internationally recognized for his groundbreaking research in the areas of atherosclerosis and women’s health. He had been a member of the Wake Forest School of Medicine faculty since 1957 and helped to develop one of the nation’s leading biomedical research programs. He was instrumental to Wake Forest’s rise to prominence in Comparative Medicine through studies of animal models to understand human diseases.

Beginning in 1964, he developed what became the 200-acre Clarkson Campus as home for the Center for Comparative Medicine Research. It is recognized today as one of the world’s top facilities for animal research.

“Tom Clarkson has had one of the most auspicious careers of anyone I have ever met and has made an enormous difference to the world of women’s health. He is one of the key pioneers of true scientific research into menopause and has demonstrated a unique ability to translate basic science research into clinical applications and practice,” said NAMS Founding President and Executive Director, Dr. Wulf Utian.

“Tom Clarkson has been a wonderful mentor, colleague, and friend for many years. There are countless others from around the globe whom he has educated, taught, and mentored and untold numbers who have read the results of his research and have learned so much from his publications,” said NAMS President-Elect, Dr. Peter Schnatz. “We will always be striving to live up to the standards he set before us.”